Meet the Panel for October's Webinar

ALLAN F BRACK, BSC Biology, S.G.C.a.e. is the current Managing Editor of ORSAFE.ORG, a website dedicated to Operating Room Safety issues as well as Regulatory Support. Mr. Brack has represented T.U.V. Bavaria in the past and was instrumental in creating joint testing in the 1980’s between BSI England and the TUV in Germany for medical devices. He lectures around the country on Sharps Safety in the Operating Room as well as OSHA compliance in the O.R. and has published on Regulatory issues as well as lectured at the RSNA.  Further, he conducts medical searches on and writes opinions on zoonotic diseases in human use of processed pharmaceuticals derived from domesticated animals. Mr. Brack has published in “Business of South Africa”, “AORN Journal” “The Euromed Seminar” as well as contributing to ORSAFE.org.

Monica Young, RN, DNP, MBA, CNOR, FACHE, NEA-BC, is Vice President of Perioperative Service at Thomas Jefferson University Hospital in Philadelphia, Pa. Monica has a Black Belt in Lean Six Sigma and this past year she earned the credential of Certified Professional in Patient Safety (CPPS). Monica has presented her work at; AORN, IHI, OR Manager and OR Business Manger’s national conferences and was one of the keynote speakers at Advisory Board Company’s annual conference.

AMBER Hogan MITCHELL, DrPH, MPH, CPH Has been focuses on public health and occupational safety and health related to preventing infectious disease. She is currently President and Executive Director of the International Safety Center and is the Immediate Past Chair of the Occupational and Safety section of the American Public Health Association (APHA). She is also a Senior Science Adviser for the NIEHS Worker Training Program for COVID-19 response. Dr. Mitchell holds an adjunct faculty position at the University of Maryland School of Medicine Department of Environmental and Occupational Medicine.

Sharon A. McNamara, MS, BSN, RN, CNOR, is a current partner/consultant for the perioperative consulting firm OR Dx + Rx Solutions for Surgical Safety. She was an author/coordinator of the Patient Safety First Column for the Association of peri Operative Registered Nurses, AORN Journal from 2010 to 2019. Previously she held the position of director of surgical services for WakeMed Health and Hospitals in Raleigh, North Carolina where she had responsibility for clinical and fiscal performance of perioperative services on the Raleigh Campus of the health system. Prior to joining WakeMed, McNamara was the director of surgical services for the two city trauma centers at Kaleida Health in Buffalo, New York.

McNamara earned an ADN from Trocaire College, a BSN from Daemen College, and an MS from D'Youville College in Buffalo, New York. She has 55 plus years of perioperative professional experience.

McNamara was the 2005-2006 national President of AORN, and served as President-Elect, Secretary, and Board of Directors. During her presidency, AORN led a national campaign to eliminate medication errors. McNamara served as 2010 chair of the Council on Surgical & Perioperative Safety (CSPS), 2009 Vice Chair, and 2008 Secretary/Treasurer.

She was the 2012 recipient of the North Carolina State Council of Perioperative Nurses Nurse of the Year Award and the 2018 Jerry G. Peers Distinguished Service Award.

Patricia (Pat) A Mews, MHA, RN, CNOR, Pat is a perioperative management consultant with over 35 years of experience in perioperative services. She has served as director of perioperative services, clinical manager, OR educator, OR Specialty team leader, OR Business Manager, and surgical sales representative. Her consulting projects focus on total perioperative services management, including operational efficiencies, patient flow/throughput, management development, and surgery block scheduling. She works closely with administration and the department of surgical services directing and facilitating project teams utilizing LEAN Methodology.  Pat implements change to improve processes, streamline, standardize, and increase efficiencies to deliver improved patient outcomes and physician and staff satisfaction. Mews earned her MHA from Webster University. She is a member of AORN, Leadership and SPD Specialty Assemblies, AzNA/ANA, AzNA Foundation Board of Trustees, and AzONL. She is a past member of the AORN Foundation Board of Trustees, has served on several AORN's National Task Forces including the “Perioperative Efficiency Task Force”. She has presented at several national and local conferences and has been published in nursing journals and is a contributing author to perioperative nursing texts.

Brenda C. Ulmer, RN, MN, CNOR is an independent perioperative nurse educator with expert knowledge of energy-based devices including fire safety and the hazards of surgical smoke.  Additional experience includes accreditation and credentialing processes along with preparation and presentation of educational programs.

A long-term active member of AORN (Association of periOperative Registered Nurses) Ulmer served three terms on the national Board of Directors, and as national President 2000-2001.  Since 1995 she has worked with AORN, OSHA, NIOSH, ANA, physicians and nurses to facilitate workplace safety guidelines on smoke evacuation. She served as AORN representative to SAGES Fundamental Use of Energy in Surgery Committee (FUSE) during the development of their electrosurgery certification exam and is an inaugural Board of Directors member on the International Council on Surgical Plume (ICSP).  She was the Subject Matter Expert on AORN’s Go Clear Smoke Recognition Award program.  Current committee assignments include AORN’s Awards Committee and the Legislative Chair for the Georgia Council of Perioperative Nurses.

At AORN Congress in 2006 Ms. Ulmer was awarded AORN’s highest honor, the Award for Excellence in Perioperative Nursing.

Ms. Ulmer has presented numerous programs on patient safety and nursing issues throughout the world.

In 1983 she published the one of the first nursing text on ambulatory surgery:  Ambulatory Surgery:  A Guide to Perioperative Nursing Care.  She is widely published in nursing journals and nursing texts, with contributions to 11 textbooks.  She has authored Self Study Guides on Electrosurgery, Surgical Smoke, MIS and Ultrasonics.  Ms. Ulmer is co-editor of the textbook published by CCI in 2009 entitled Competency for Safe Patient Care During Operative and Invasive Procedures.

She is on the editorial board for the Journal for Clinical Laser Medicine and Surgery, and Outpatient Surgery. Vangie has been published and cited in publications such as “OR Nurse, American Health, Laparoscopic Update, Surgical Services Management, Infection Control Today, OR Manager, Today’s OR, Outpatient Surgery, and Same Day Surgery.  She is also the author for the “Medcom Module:  Laparoscopic Approach for Treatment of Urinary Stress Incontinence", referenced in “The Joint Commission's National Patient Safety Goals”, co-published the nursing Chapter 9, “The Team-Nursing’s Perspective” in the book Principles of Laparoscopic Surgery, Chapter 20 Laser Risks and Perioperative Safety:  Donna Watson's Perioperative Safety, Author of the 2011 AORN Recommended Practices for Lasers, author for the AORN Laser Study Guide, Module, and video.  Published Chapter 14 Lasers in Radiology Nursing:  Advanced Practice and Leadership in Radiology Nursing and Chapter 14, Understanding Laser Safety in Dentistry.

She is a recipient named in Strathmore’s WHO’s WHO, the recipient of the 1996 Nursing Excellence Award from the American Society for Lasers in Medicine and Surgery, awarded the 2011 R. James Rockwell Jr. Educational Achievement Award, and the 2011 AORN Award for Outstanding Achievement in Perioperative Clinical Nursing Education.  She is the recipient of the 2018 Distinguished Nurse of the Year for the Georgia March of Dimes and 2019 Manager of the year for OR Manager. Vangie was also awarded Perioperative nurse of the year for the Georgia Council of Perioperative Nurses and for the AORN Northwest Chapter. Vangie is a member of Emory Alpha Epsilon Chapter of the Sigma Theta Tau International Honor Society of Nursing. 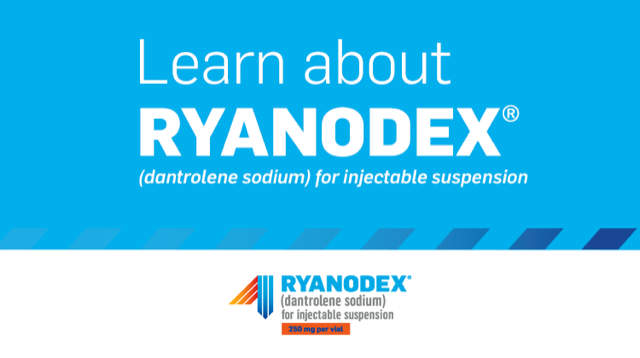 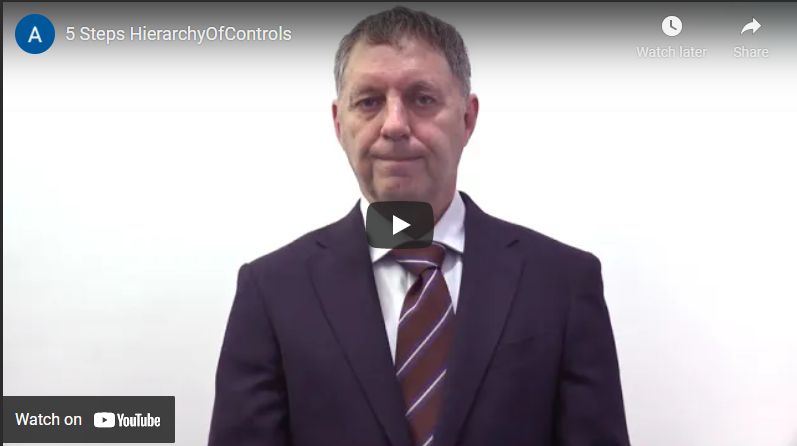 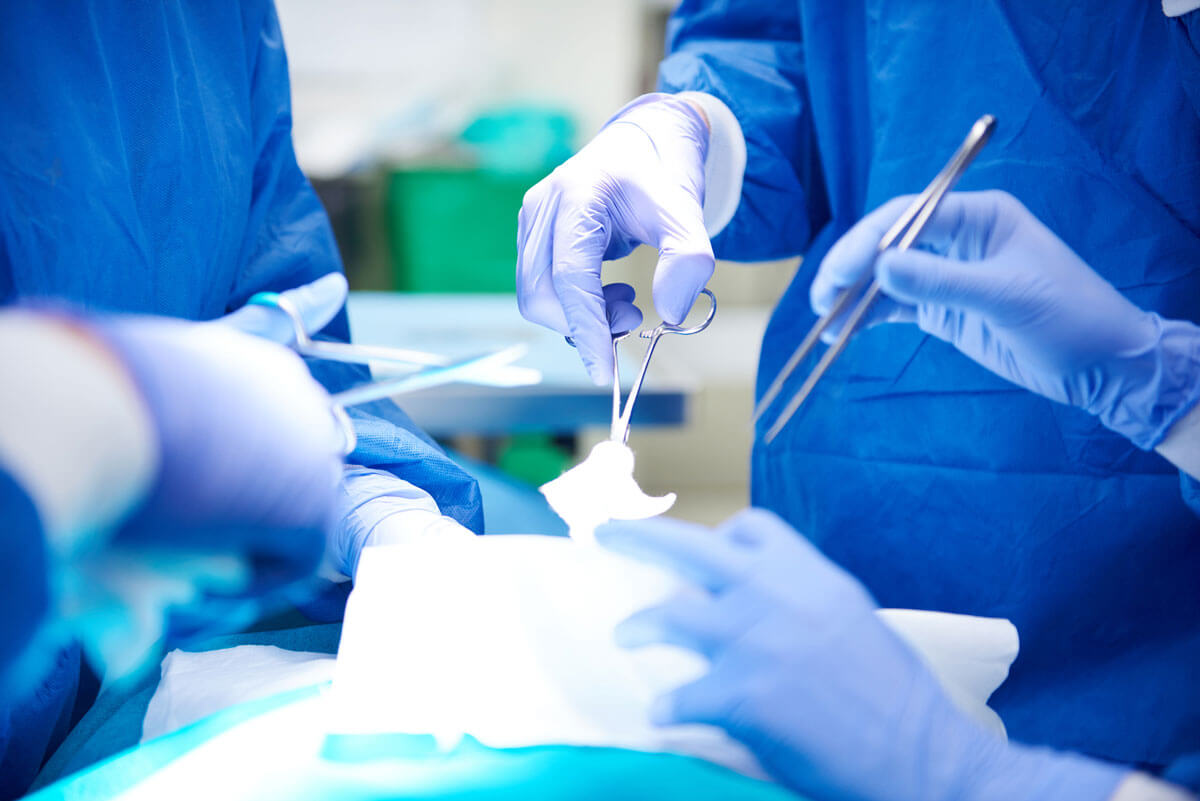 What is Patient Safety Culture? 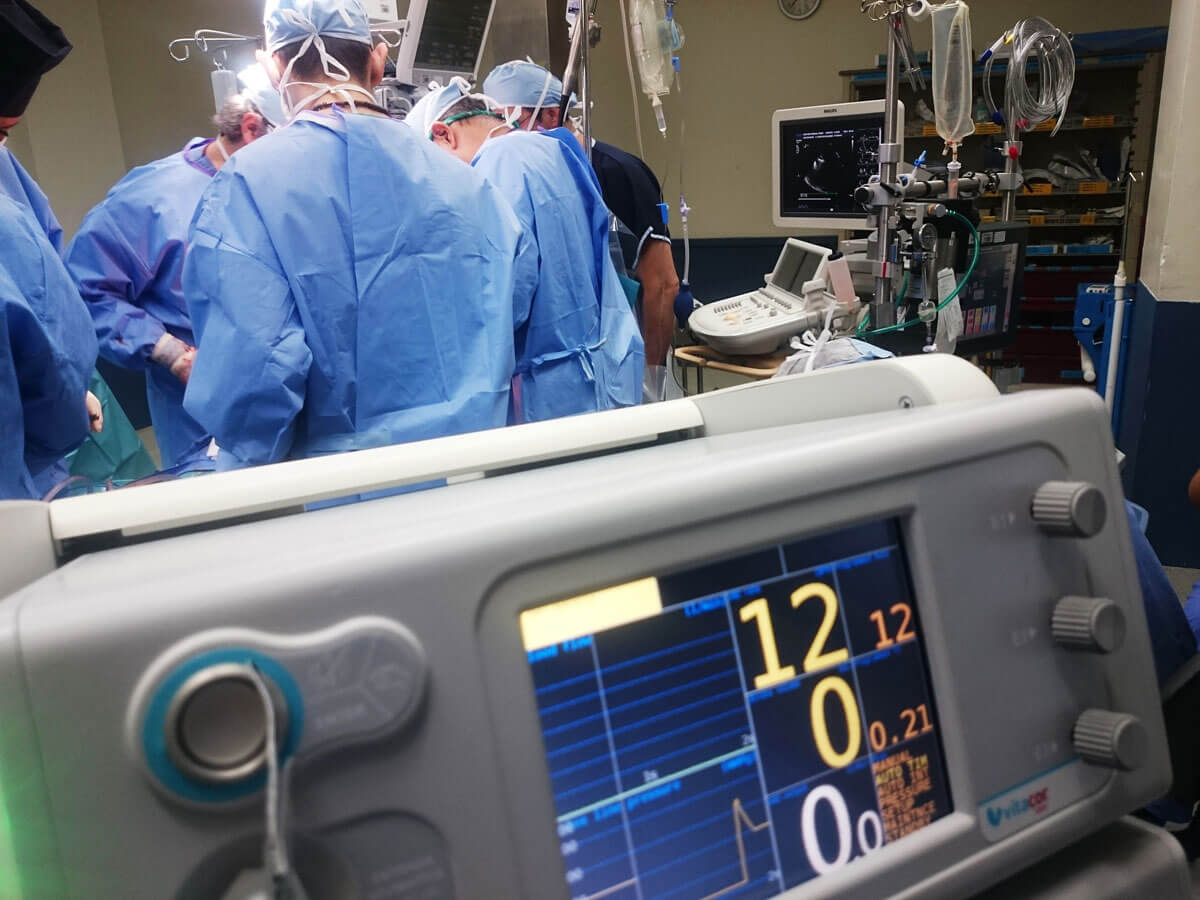 Safety and Communication in the Operating Room 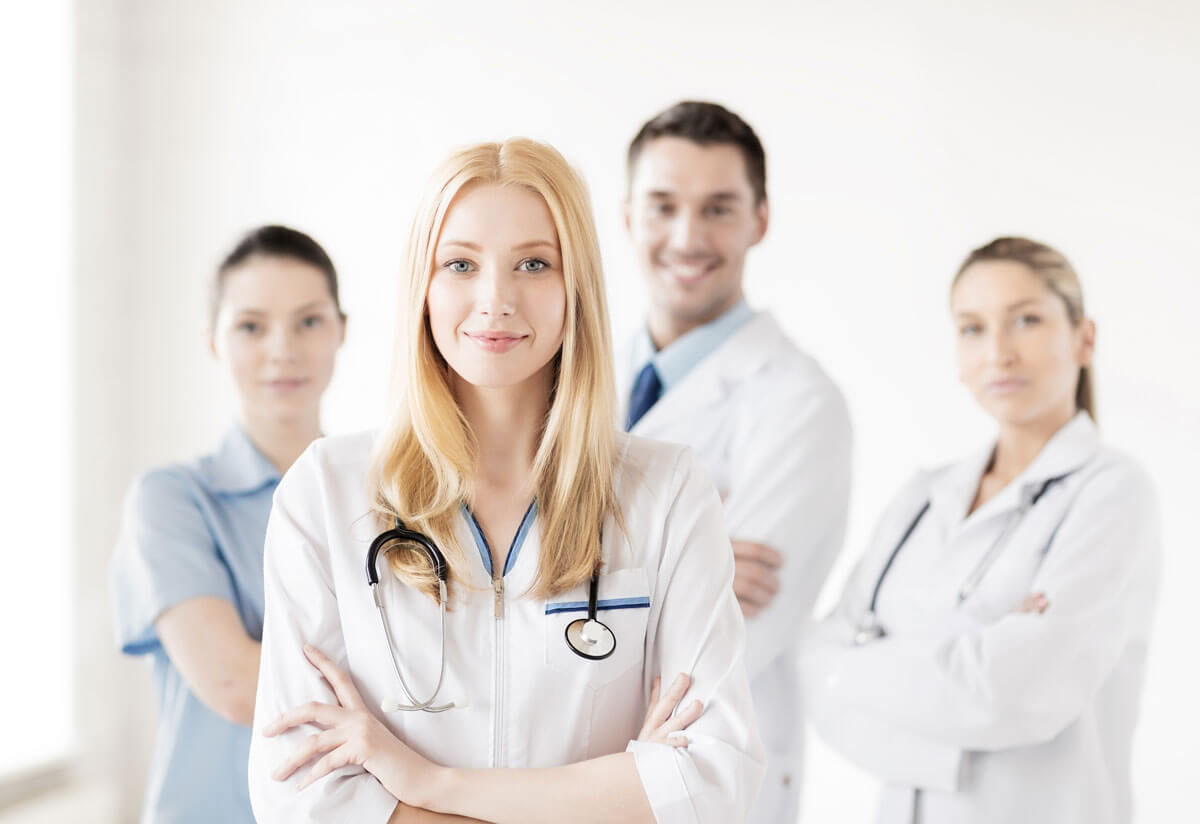 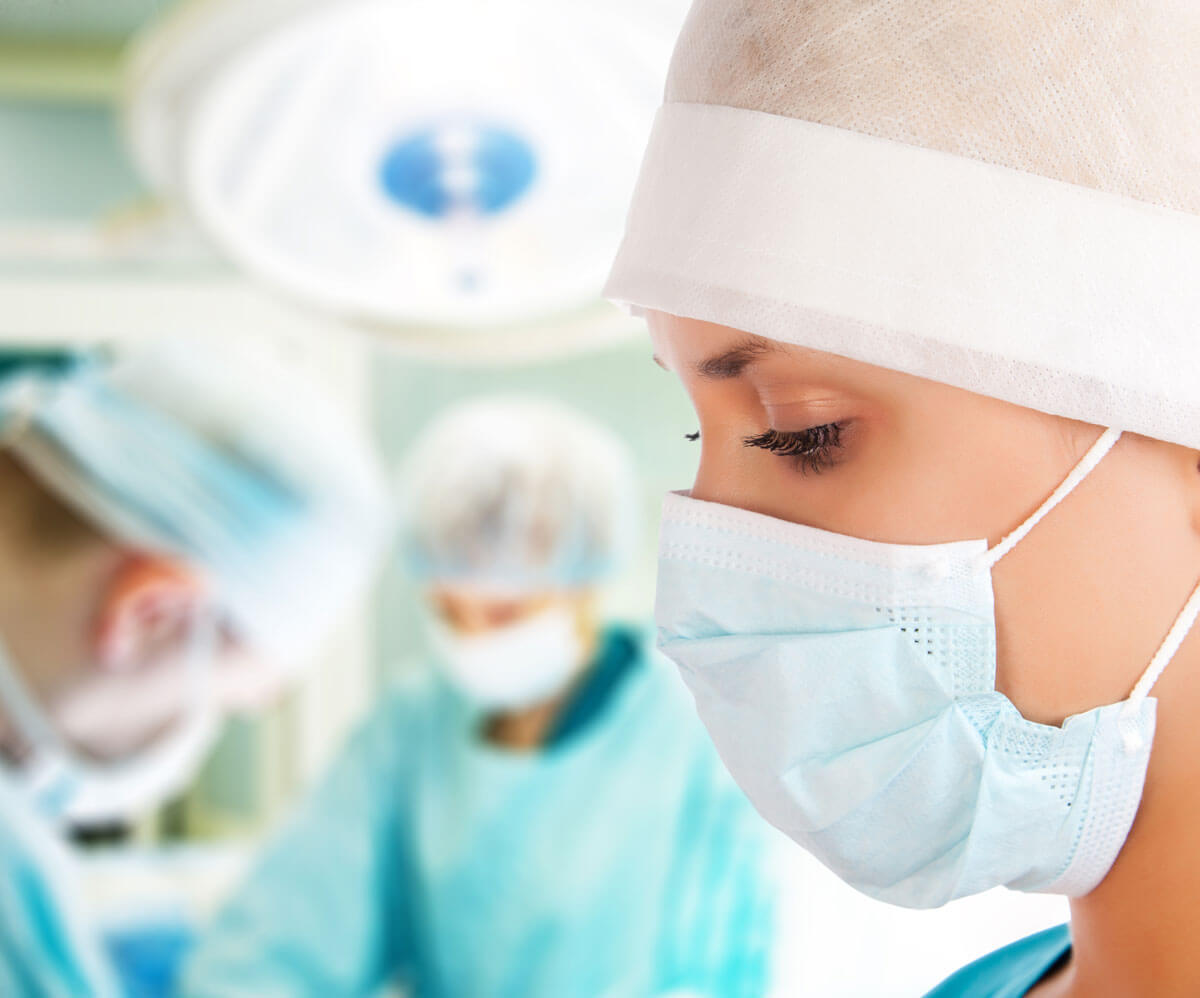 Do Nurses Suffer From "Blame Worthiness"? 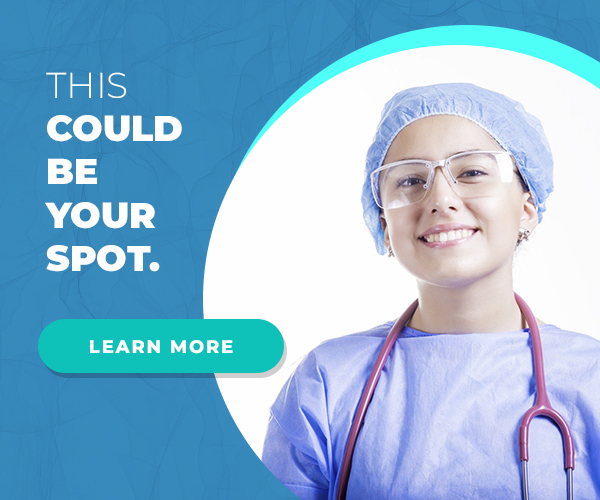 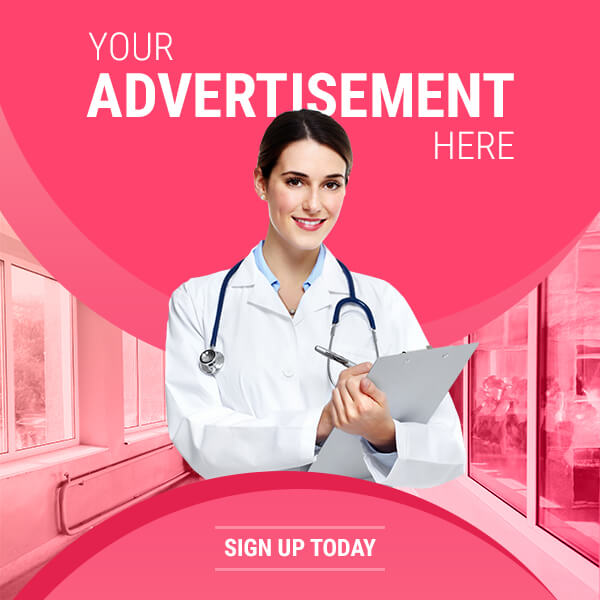 Contact us today with any questions! We’re here to help .

Thank you! Your submission has been received!
Oops! Something went wrong while submitting the form.